Importance of pedaling round

All cycling fans have ever heard the expression “pedaling round” as a synonym for maximum efficiency on the machine and a certain elegance in posture. It is something more complicated to explain than to intuit, since we are talking about an eminently visual element.

Eminently, but not alone. And it is that a correct pedaling technique will allow us to make the most of our strength, without wasting any energy in our gestures and thus achieving an optimization of the highly desirable bicycle-cyclist pairing.

How to achieve the long-awaited round pedaling?

Today there is the rotor system, which eliminates dead spots in your pedaling and which we will refer to extensively in another article. But in these lines we are going to try to learn how to perform this round pedaling in a natural and harmonious way with ten simple tips. Another option to the broken system are the O-Symetrics chainrings used by Chris Froome to win the Tour de France and many other cycling races.

It might interest you: The maximum heart rate. Meet the Tanaka formula.

Always sitting. When we talk about round pedaling we are referring to our technique and style while sitting at our machine. For this reason, to test the efficiency of this technique, we must always do it sitting down, since in this way we will be able to emulate the conditions where we will make the most of the fluidity in pedaling. Also, consider that any cyclist spends much more time sitting in his saddle than standing on it.

Cadence. When we speak of round pedaling, we do not mean going “loose” or “stuck”. Each rider has their own style, and this can be functional regardless of their cadence. That is why cyclists with few strokes per minute like Bugno or Ullrich had a perfect pedaling style, just like others like Jacques Anquetil achieved it with greater fluidity. The important thing is to find the rhythm at which we feel most comfortable and use less energy.

Poulidor: an example of ugly but effective pedaling

What pedal is the legs- The great Bernard Hinault left a phrase as graphic as it is accurate when he said that you should be able to play the piano while riding a bike, even going up a pass. The brave Breton used to refer to the fact that all pedaling force must come from the legs, and not from the blows or jerks of the arms. Try to keep your back straight and your shoulders completely still while pedaling and you will feel the pleasure of a more efficient and elegant pedaling. 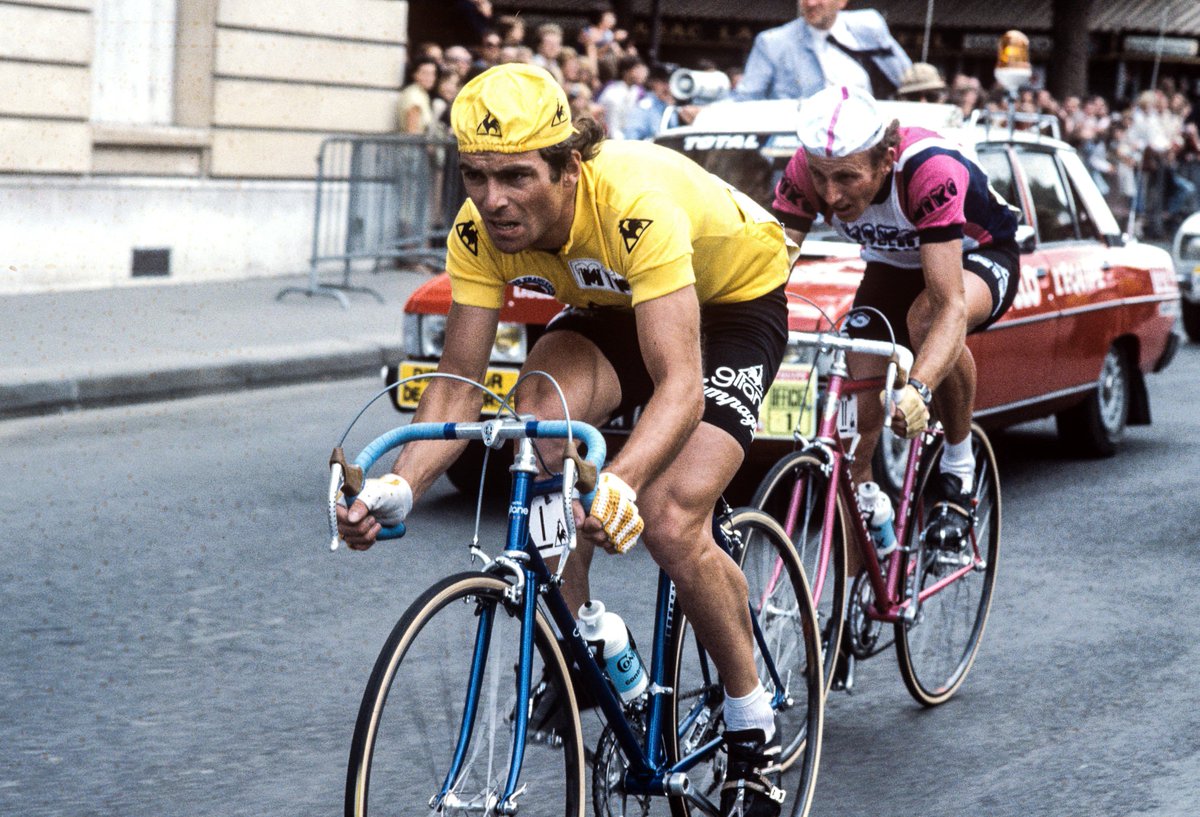 Try to be a statue. To achieve his sophisticated and perfected pedaling style, the Norman Jacques Anquetil had a system as striking as it was efficient. The master of the chrono climbed to the top of a pass near his house and faced the descent, plagued by long straights where he reached vertigo speeds, with the same development with which he had climbed, always pedaling as fast as he could. And, above all, without jumping on the saddle. Only in this way did he achieve the fluid pedaling technique that was his trademark.

Train in your gym. Achieving the above seems somewhat complicated, and you might even think it is dangerous to do it on the open road. But you can try doing it in your gym on your spinning bike. When the monitor yells at the group to sprint, move your legs as fast as possible, look at yourself in the mirror and focus only on your legs, without jumping on the saddle or swinging your arms. You will have less cadence at the beginning, but you will be forming a more perfect pedaling technique.

The position of the legs. One of the aspects that we must take care of the most to achieve a good pedaling technique is the position of our legs on the bicycle. We must always keep our knees well glued to the bicycle frame, since otherwise the different angles that will be formed will prevent the technique from being fluid. Also … between us … there is nothing less attractive than a cyclist who pedals with his legs spread, as if carrying a basket in the frame.

Pay special attention to pedaling dead spots. The so-called dead spots in pedaling are the key to achieving a smooth rhythm and a sufficiently efficient pedaling. We are talking about those moments in which the feet are practically perpendicular to the ground, and where cyclists usually barely make any force and therefore miss the inertia of the rest of the movement.

To improve, we will have to try to print energy to the pedal both in the downward part of the pedal and in the upward part, something that today is very simple thanks to clipless pedals. Of course, at the beginning you will have to be very concentrated to achieve this effect, and at times you may come to despair when you see that any entertainment takes you away from your goal. But don’t worry, this is like swimming. Do you remember when to improve your swimming technique you had to concentrate on doing each stroke perfectly? Today you should not do it, because you have automated the movement. Well, exactly the same will happen to you with your pedaling.